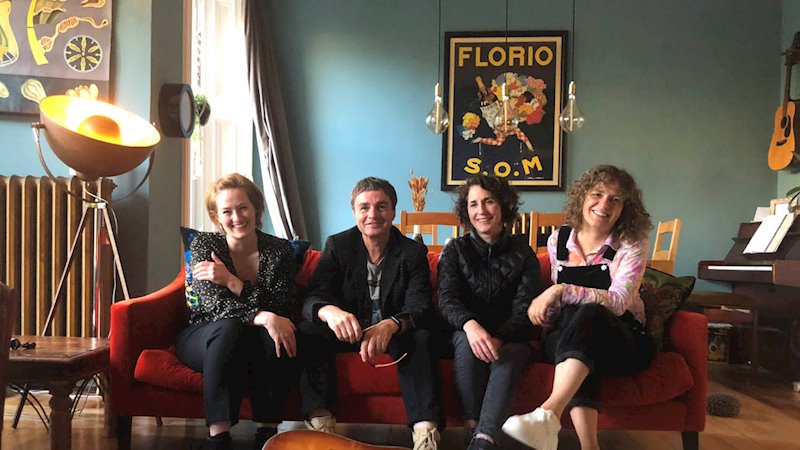 Glasgow-based Starry Skies have released their fourth studio album ‘Small Wonders’ via Fox Star Records, following their long-player ‘Do It With Love’ (2020). With a brilliant mix of classic rock, power pop and folk pop, the band’s new crowdfunded album presents an array of shimmering delights.

Early reviews of the album have dubbed this hearty 10-track collection a “masterpiece” and their strongest work yet. Recorded in 2021, these songs encourage folks to find the positive wherever we can.

Shaped by personal encounters with music icons Nina Simone, Iggy Pop and Chuck Berry, Warren McIntyre (a.k.a. Warren Starry Sky) founded the band in 2014 to encourage the proliferation of positive, hopeful music. Today, Starry Skies is made up of McIntyre, Jenny Lunan, Heather Phillips, Sophie Pragnell, Johnny Rooney and Adam Scott, who come from various parts of Scotland, England and Australia. Over the years, they have supported Snow Patrol, Belle and Sebastian, The Vaselines and Teenage Fanclub.

“This record is intended to celebrate the small wonders that are all around us if we open our eyes to see them. The songs were written during 2021, when we were all really grateful for small things like being able to go for a walk with a friend. But, as a collection, they ended up a bit of a mish-mash of lyrical-led protest songs, some folk-pop with cello, viola and violin, a beautiful sparse piano ballad and even a couple of punky indie dance floor fillers,” says Warren McIntyre. 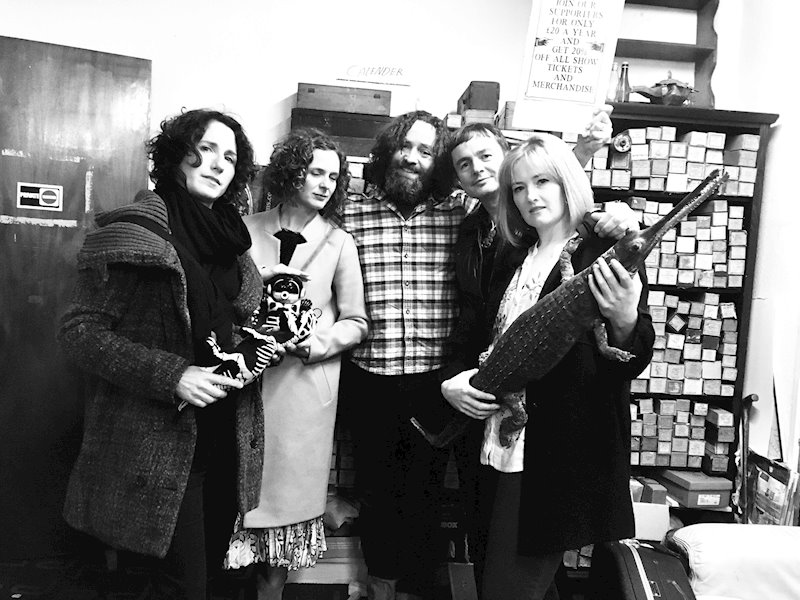 Ahead of the album, the band presented lead track ‘Smile Through The Dark’ and sonic goodness, hope, beauty and kindness in earlier-released singles ‘Kindhearted People’ and ‘Spitfire Susie’. The latter tells the story of a local hero and force of nature Miss Susie Ross, who fixed spitfires during the war and taught thousands of children in the years afterward.  She and Warren became friends and he wrote the song in her honour.

“The song ‘Highwater Eagle’ is written from the standpoint of a young First Nation woman. After recording it, we worried about anyone thinking it was cultural appropriation, so I sent it to the Native American Indian Association. Their president A’lice Myers Hall wrote back to say she thought the words are beautiful and that I had been sent the words to share with people. She also suggested working with some native poets and musicians to share stories,” says McIntyre.

As of August 12, ‘Small Wonders’ will be available via Bandcamp, as well as on CD and sky-blue vinyl. Distributed through Proper Distribution in the UK and Redeye in the USA, the record can be ordered from record shops or purchased directly from Last Night From Glasgow.

Previous Neo-remantic post-punkism is all the rage on The Ember Glows' latest EP
Next Fire, Brimstone, Greed, Intrigue - fantasy-based electro-goth trio Dispel has it all