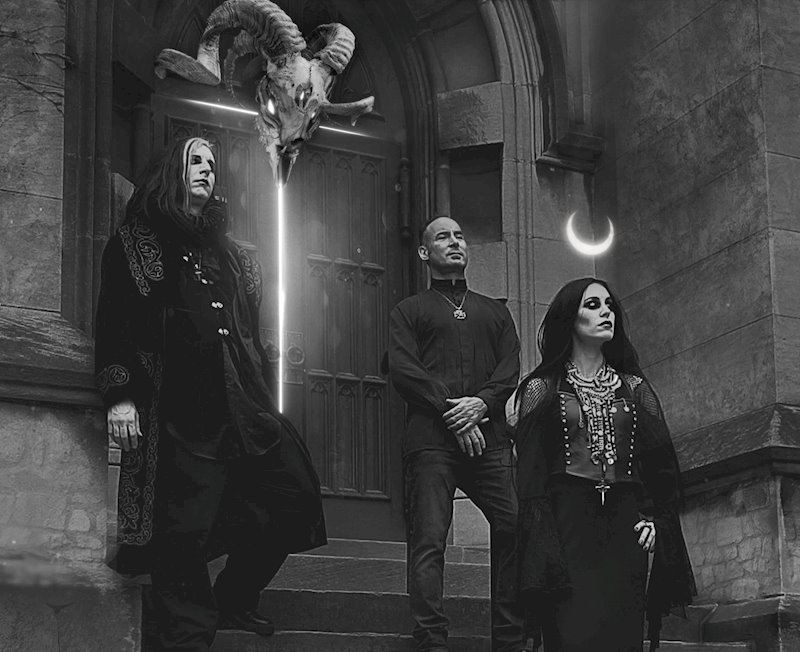 Dark electro-goth collective Dispel presents the single ‘Flames of Greed’, previewing their sophomore conceptual album ‘Inferno’. Based on Dante’s literary masterpiece, it features a song for each layer of sin existing in the infernal realm.

On this album, Dispel follows Dante and his guide Virgil down each layer of the Nine Hells, dedicating a song to each level of mortal sin. Sprinkled with diabolical personalities from ancient mythology and fantasy literature, this undertaking took two years to complete.

Based in Cleveland, Ohio, Dispel is made up of Ravensea, Sean Gallows and Scott Dispel, a founding member of the old-school hardcore band Face Value and former drummer for TEXTBEAK, who is also a studio engineer, producer and award winning nightclub DJ.

Produced by Dispel, ‘Inferno’ was mastered at The Cage Studios by Martin Bowes of Attrition, well known for his work with Nine Inch Nails, Psychic TV and Steven Severin (Siouxsie & the Banshees).

“Influenced by an equal mix of darkwave beats, Medieval literature, and conceptual rock albums, the music behind Dispel was born. But soon after the completion of our debut album ‘Lore’, the world went on lockdown! So we headed back into the studio to create another conceptual album, but we had to up the ante. A spiderweb-ridden bookshelf held the key – “Dante’s Inferno” in its timeless glory,” says Scott Dispel.

“Putting a literary masterpiece to music was no small task, we had to do it justice through attention to detail, utilizing actual texts and adding mythological personalities, herein combining rock music and world literature.”

Dispel has roots in the early 90’s hardcore punk scene, when a German underground goth-Industrial club inspired Scott Dispel to transition from performing with Face Value to pursuing electronica. Inspired by Sisters of Mercy, Clan of Xymox, Depeche Mode and VNV Nation, he formed Dispel after gaining a music degree and recording studio experience. Dispel took form upon meeting Ravensea, a Berklee vocal performance / music therapy major with a powerful voice and insight into music’s power to transcend language and cultural barriers. 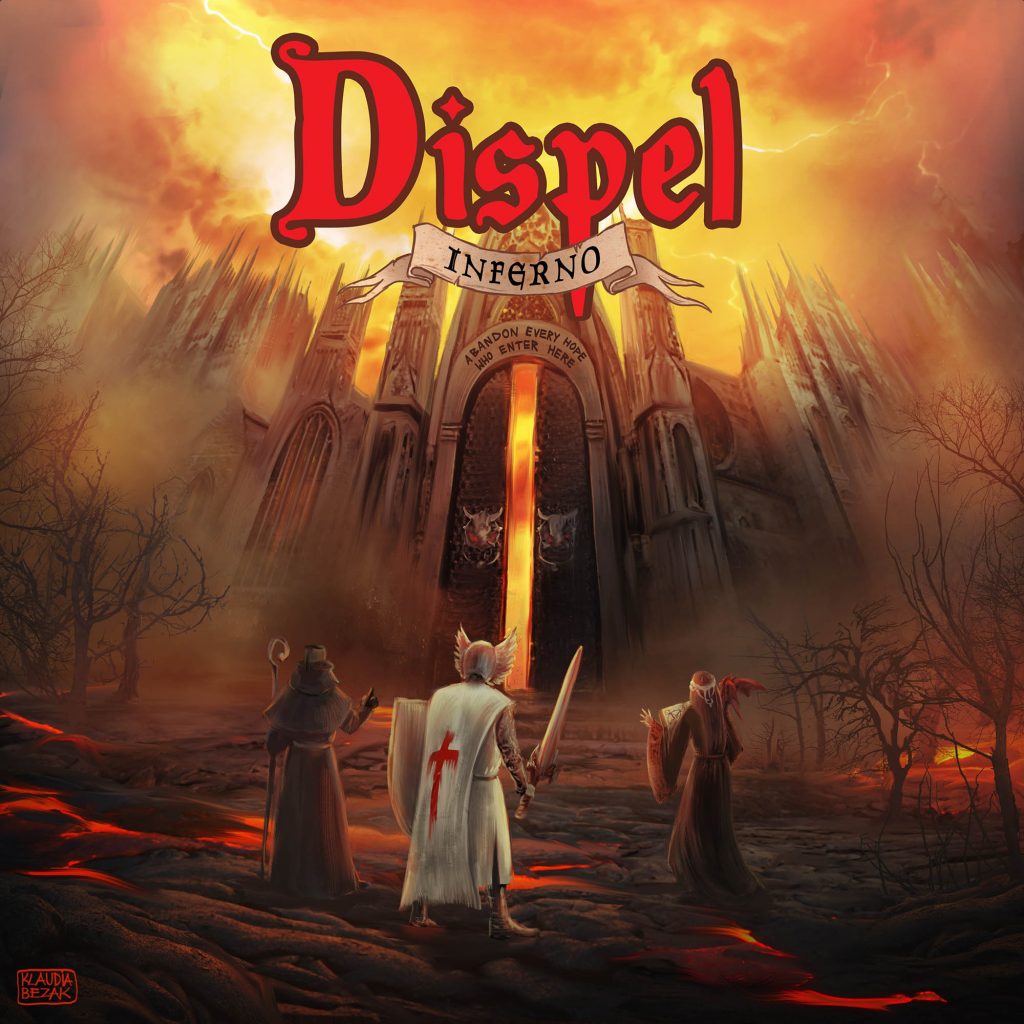 ‘Flames of Greed’ is out now, available across online music platforms, including Apple Music, Spotify and Bandcamp. On October 12, the full ‘Inferno’ LP will be released on CD, vinyl (with full color insert) and digitally.