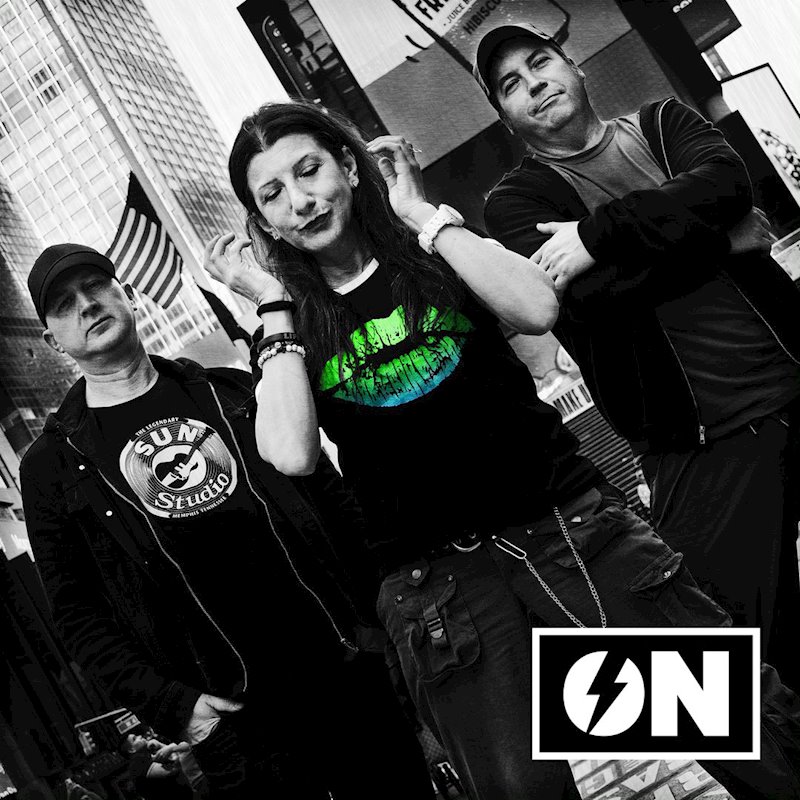 The band will be embarking on their ‘Underdog’ Tour throughout August, hitting venues in Kingston, Ottawa, Baldwin, Toronto, Barrie, Paris, Niagara Falls, Cambridge, Hamilton, and London.

‘Underdog’ is the first taste of the band’s new ‘ON’ album, scheduled for release on September 20 via Indiestructable Records. This is a song about hope, love, angst and dreams. It’s about the temptation to get back in the ring once more when the world no longer makes any sense and you have nothing to lose. The accompanying video was filmed by Lindi Gordon and edited by Michael Gucciardi.

ON creates sonic guitar-based landscapes and is centered around the undeniable chemistry of its core members Lucy Di Santo (vocals, bass), Dan Cornelius (drums) and Steve Fall (guitars). While ON was active through the 1990’s and 2000s as the members’ side project, it has since taken on greater meaning at the forefront of the members’ musical plans.

“This record deals with where we are today and what we’ve overcome, persevering as a society and as individuals. I found myself as part of a genuinely authentic creative, human experience with Steve and Dan in various geographical locations including NYC, Florida and Toronto and felt the need to document it melodically. It’s about pain, hope, reframing and overcoming. It’s about survival. The songs are an authentic and complete collaboration of the triad and soul connection that is ON,” says frontwoman Lucy Di Santo.

Always pushing forward with an eye on the rear-view mirror, ON pays homage to its roots in timeless classics, post-punk, grunge, old-school funk and 90s college rock. Well-crafted songs with an attention to arrangement, groove and performance a la carte, ON’s music connects with an audience seeking out impactful and genre-defying music.

With infectious guitar riffs with a dash of p-funk groove, ON’s music recalls a listening journey of classic albums on vinyl. While some songs are carried by emotional weight, some are ripping mini-audio trips with invigorating twists and turns. Lucy’s signature vocal phrasings, infectious ear-candy melodies and harmonies meet with a driving rhythm section and powerful poignant guitar artistry.

“This record is a document of friendship navigating explores in pain, and hope. Looking at the world with a collaborative effort to document what we see, witness and feel through songwriting and chemistry as band,” says ON guitarist Steve Fall.

“The three of us have been great friends for years and we have deep respect for each other‘s talents and songwriting abilities. We all decided to make some music in a rehearsal space in Manhattan when Steve n Lu were visiting Manhattan a couple years back.  Instead of making it a one time thing, we had such a blast that we continued writing music online via video calls. As soon as there were opportunities to get together, we met up and, one by one, we started to chip away at the songs until we were happy,” says ON drummer Dan Cornelius.

ON has previously toured across the USA, as well as playing various pockets of Mexico and Canada. Their recordings are found on various CFNY and CMW New Music Compilations, as well as a limited cassette tape releases via the Opcion Sonica label with sales at over 6,000 in just one weekend at an open-air market in Mexico City.

While Toronto is still home for Di Santo and Fall, Cornelius currently resides in NYC. The trio collaborated and wrote the material for this album in Toronto and New York City, their work culminating with pre-production recording in Fort Meyers during the winter of 2021 with Drew Howard at Star Sound Studios. The band has since been working out of Phase One Studios with sound engineer Darius Szczepaniak (Sum 41, Black Crowes, Big Sugar, Bare Naked Ladies, Jann Arden, Moxy Früvous).

‘Underdog’ is out now, available everywhere online, including Bandcamp. The full ‘ON’ album will be released on September 16 and can be pre-ordered at https://indiestructablerecords.com. The band kick off their ‘Underdog’ Tour on August 12. 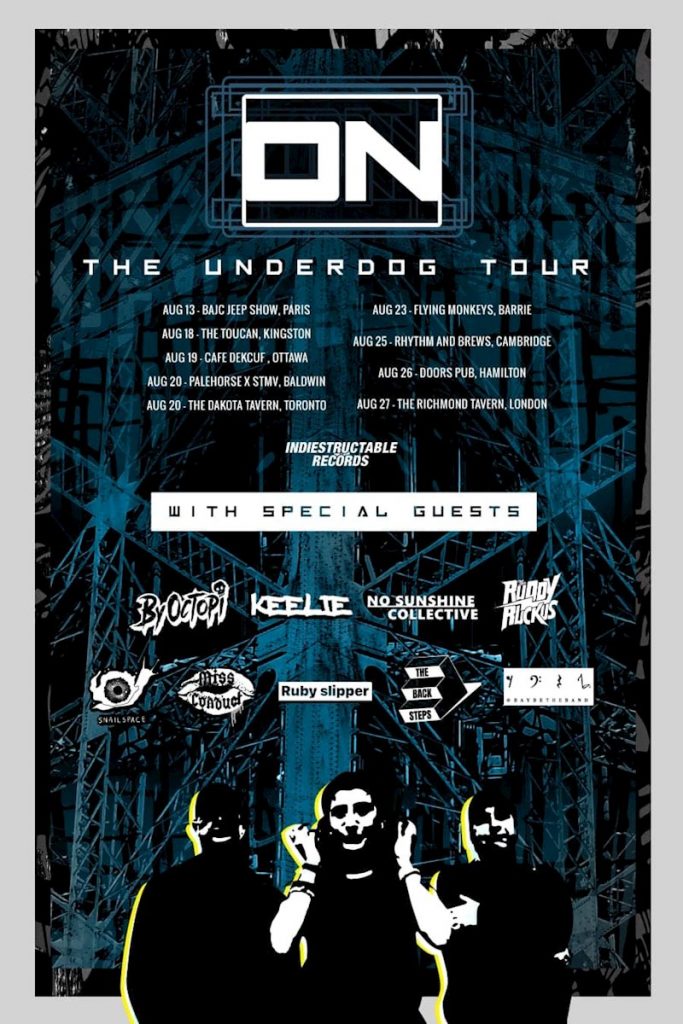 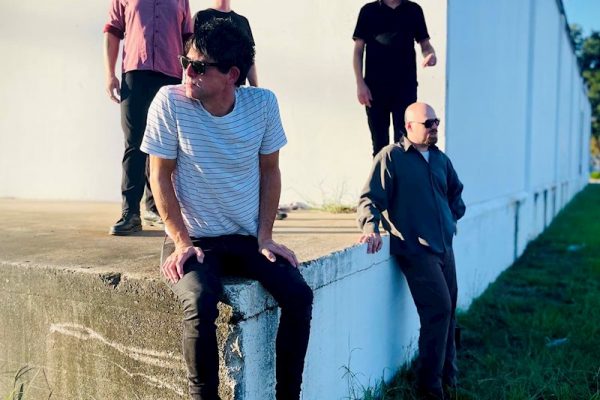 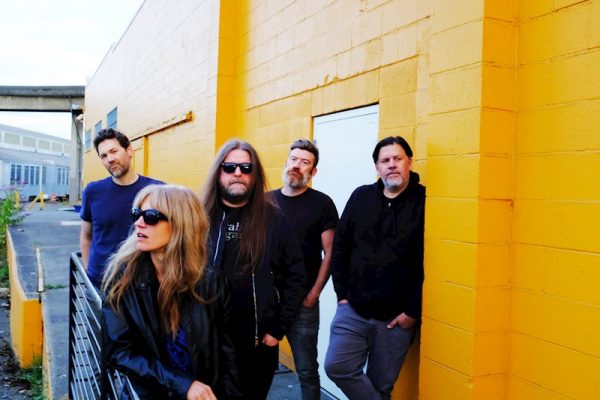 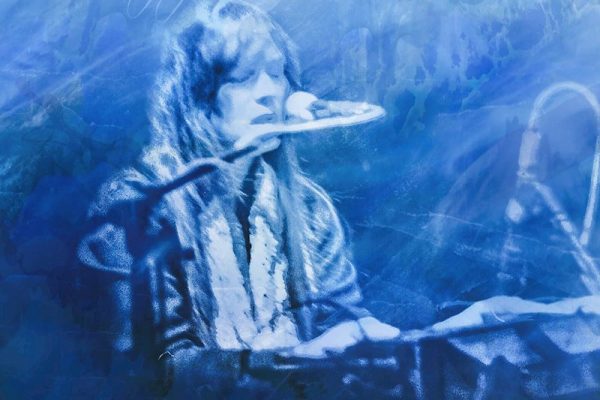 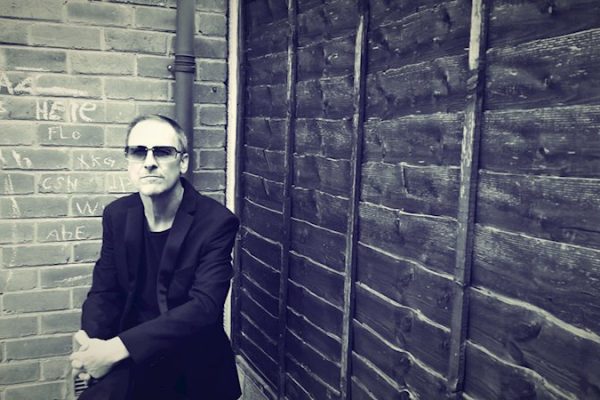