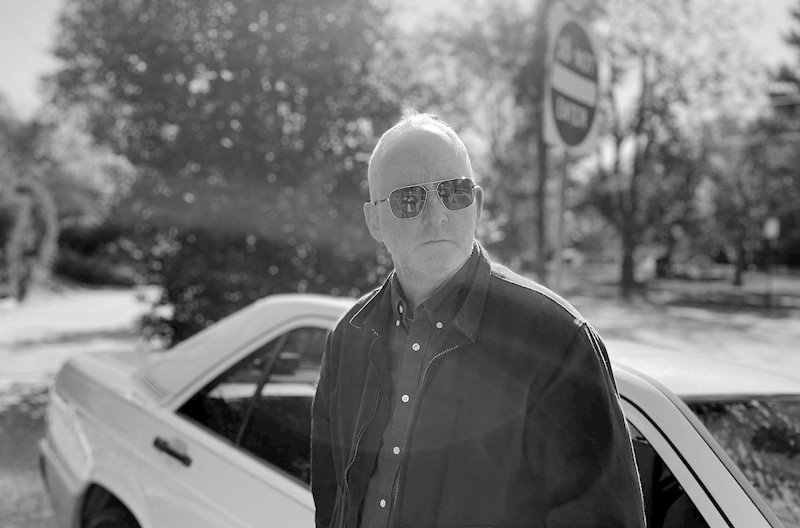 American indie rocker Rob Munk presents his new single ‘Youth’, the latest taster of his ‘Phased Out’ LP, which it out on November 18 via Montclair-based Magic Door Label, a grassroots imprint founded by Guided by Voices’ Kevin March, together with producer Ray Ketchem and artist-vocalist Renée LoBue.

Following earlier singles ‘Heavy Shoes (to kill the blues)’, ‘Ghosts of San Francisco’ and the upbeat environmentally-conscious lead track ‘Amazon’, ‘Youth’ is a sonic love letter to misspent youth, a misty-eyed celebration of juvenile delinquency and bad decisions made in that magical time before consequences, regret and civic responsibility took their rightful place as guiding principles.
“When we’re young, mistakes and triumphs are often indistinguishable but at least it’s all exciting. We could probably all write this song, and extend it for a thousand verses,” says Rob Munk.

“I wanted to try something simple, where the verse and chorus had the same chord progression. I always liked songs that were able to pull that off. Producer Ray Ketchem referenced Love and Rockets when we tracked this, which felt perfect because Seventh Dream of Teenage Heaven was one of my favorite records during peak adolescence.”

20 years after leaving the music scene, Rob is back again with better and more personal songs that mean a great deal to him. During the pandemic, he recorded this album with his good friend, actor-writer-artist Daniel London (Old Joy, Minority Report, Manhattan) and Tinsel drummer and writer-director Joe Ventura.

An ambitious modern rock album, this 12-track collection is, in Munk’s own words, “a little poppy, a little sloppy and entirely honest”. ‘Phased Out’ is a record that somehow comes out of nowhere from an artist that has been almost everywhere. This is modern rock that respects people’s emotional intelligence. With elements of 1990’s and 2000’s indie rock and traces of 1970’s AM pop, this is music that respects people’s emotional intelligence.

For Rob Munk, music was never the plan. An actor from the age of three, he and his brothers would commute into NYC from New Jersey for gigs to help support life with a single Mom. After several years of filming commercials (including Jello pudding with Bill Cosby), Rob was cast as young Woody Allen in ‘Stardust Memories’, his brother having played the same role in the Oscar-winning ‘Annie Hall’. He left acting at 14, enrolled in boarding school and formed a band, soon learning that music felt more natural and was far more fun than acting. He was hooked.
Upon moving to Boston, Rob’s new band Thudpucker became a staple on the Boston rock scene in the early 90’s as many local bands were starting to explode. Between several singles, local gigs and touring, they opened for everyone from Pavement and Hole to the Afghan Whigs and Juliana Hatfield. After relocating to Chapel Hill, NC, Rob formed the indie rock band Tinsel, having opened for Polvo, Guided By Voices, Pipe and Come, while also playing in cover bands with members of Firehose and Superchunk. After some touring and a few singles, they put out two records before imploding of natural rock and roll causes.

After stints in a few more NYC bands, Munk was once again doing commercials and TV shows, including scenes with Tina Fey, Tony Hale, John Goodman and Paul Giammatti. After moving to LA for a pilot season but getting no traction there, Rob launched the now-defunct blog ‘LoserActor’, creatively chronicling his daily humiliation. With his writing brought to the attention of the creative directors at famed ad agency Wieden + Kennedy, Rob returned to New York – only this time as a copywriter and creative director, writing huge campaigns for ESPN, Delta Airlines and AT&T.