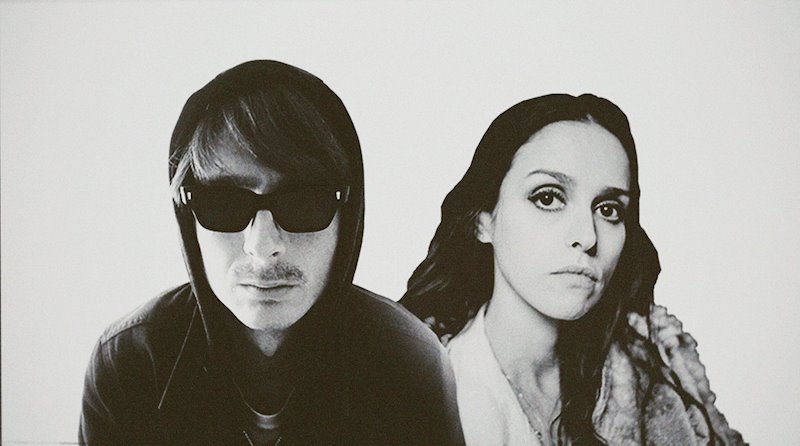 UK-based Black Market Karma and iconic vocalist Tess Parks present ‘The Sky Was All Diseased’, an international collaboration rooted in friendship and spontaneity. This is the first taste of the band’s eleventh full-length album ‘Friends In Noise’, which will be released in mid-January via London boutique label Flower Power Records.

This release follows the band’s recently-released ‘Aped Flair & Hijacked Ideas’ LP, a loaded 11-track offering with a fluid texture of beach-soaked instrumentation. Themes ranging from the sycophantic circles that leach from the arts, desperately attempts to stay spiritually close to a distant love, Japanese folklore, and the deep connection between man and beast.

“Tess and I first met in 2014 when she reached out and sent a very kind message about my music. I dug what she was doing too so, upon her arrival to the UK, we met up and became friends, touring a fair bit together in the following years around Europe. During the downtime, we would often hang out at my studio,” says Black Market Karma mastermind Stanley Belton.

“I’d had the groove and music to this song floating around in my brain for a while, but had no lyrics or vocal part. I happened to play it one time we were at the studio together and I drop into my own world when I’m making things up, but after a while I noticed Tess out of the corner of my eye scribbling down lyrics. She started humming a melody to herself and I loved what she was doing so we went with it. I added in one more verse with an different vocal melody and a few lines at the end of the song and there it was – ‘The Sky Was All Diseased’. I laid the music down a few days later and recorded Tess’ vocals which became the track as you hear it now”

Tess Parks adds, “I guess this was written in 2014? 2015? While I was living in Dartford, a few doors down from Stan. We had a few very nice sessions at Stan’s studio, where we pretty much instantly wrote a few really cool songs. It’s been 8 years and the time has finally come!!! I’m excited to share this. This song seems to be a reflection on the weather at the time.”

Hailing from London and now residing on the South coast of England,  Black Market Karma offers a colourful carousel of jingle jangle and distorted wobble. With broader flavours of psychedelia, fuzzed out tones and thumping grooves, their thick and colourful sound is shaped by the use of a lot of vintage equipment. Rooted in 60’s guitar and pop music, other influences include folk, blues, lo-fi electronica, alt pop and soul.

Technically nine years in the making, ‘Friends In Noise’ is a series of collaborations between Black Market Karma and friends. Apart from Tess Parks, this album also involves The Underground Youth, Les Big Byrd / Joakim Ahlund, The Confederate Dead and Ruari Meehan. More recently, Stan has also been collaborating with Pete Kember (a.k.a. Sonic Boom) of Spacemen 3 on a forthcoming release.

Technically nine years in the making, ‘Friends In Noise’ is a series of collaborations between Black Market Karma and friends. Apart from Tess Parks, this album also involves The Underground Youth, Les Big Byrd / Joakim Ahlund, The Confederate Dead and Ruari Meehan. More recently, Stan has also been collaborating with Pete Kember (a.k.a. Sonic Boom) of Spacemen 3 on a forthcoming release.

As of November 2, ‘The Sky Was All Diseased’ will be available everywhere digitally, including Apple Music, Spotify and Bandcamp. The full ‘Friends In Noise’ album (out January 13) can be ordered on 180-gram coloured vinyl from the label, as can their latest ‘Aped Flair & Hijacked Ideas’ LP. 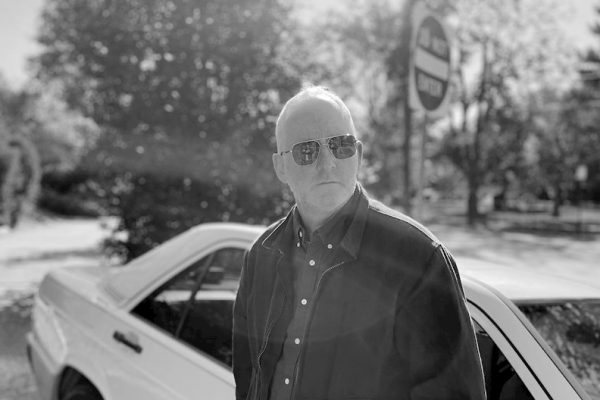